Kali The Destroyer and The Divine Protector

Kali The Destroyer and The Divine Protector

Can you believe it’s almost 2022? The last year went by so quickly and, honestly, I’m glad to see it go. It was a tumultuous year for me, especially towards the end. TIt was definitely a year of cleansing by fire for me. There were some things in my life that I didn’t have control over, and some things I really needed to let go of because they weren’t serving me. It felt like I was juggling flaming swords while walking on a tightrope over a pit trap and eventually it was all going to end. That is when Kali came to me and it was perfect timing.

I love Kali energy. It’s like The Tower card in the tarot deck. Everything is on fire but it has to be to make way for new things, to build a better foundation. That’s how I feel about Kali, except with more chaos and destruction – but it suits me because I’m stubborn. And I need that destruction to force me to start over with a more stable foundation in my life.

Kali is the Hindu goddess of time, destruction, and death. Later on she became associated with sexuality and the mother figure because she embodies Shakti, or fertility and feminine energy. Kali derives her name from Sanskrit meaning “she who is black”.

In art she is depicted in different ways. She has either four or ten arms and can be seen with blue or black skin. If she is portrayed in black skin then she normally has a skirt made of human arms and her tongue dripping with blood is sticking out. If she is depicted with blue skin then she looks more like the Divine Mother. Both depictions usually have her dancing or standing on the body of her consort the great Hindu god Shiva for she is the incarnation of his wife Parvati.

The Birth of Kali

Like most gods and goddesses, there are a few different versions of their births. I’ll share two of my favorite versions.

The first version is that men and gods were being terrorized by the demon Daruka and his armies. Daruka could only be killed by a woman so Parvati was asked to kill him. She jumped into her husband Shiva’s throat because many years ago he swallowed a poison that threatened to contaminate the world. Parvati used the poison to transform into Kali. As Kali, she leapt from Shiva and rid the world of Daruka and his armies.

My favorite version is a little bloodier. The ten-armed warrior goddess Durga rode a tiger into battle against the buffalo demon Mahisa. During the battle, Durga became so enraged that Kali burst from her forehead as the embodiment of that rage. Once Kali was born she went berserk on the demons. She strung their heads on her necklace as she killed them. Unfortunately, she was so frenzied that no one could stop her. Shiva laid down in her bloody path and when Kali realized who she was standing on she calmed down.

The Destroyer to Divine Protector

Her early worshippers paid tribute to her with human sacrifices. But she had a benevolent side too. One instance was with a gang of thieves. They wanted to make a human sacrifice to her for blessings on their next foray and unfortunately chose a saintly Brahmin monk. Kali killed the gang of thieves by ripping their heads from their bodies and drinking their blood.

To me, Kali is constantly misunderstood. She is given monikers like “The Destroyer” or “The Devourer” as well as a darker scary image, but she does have a caring and benevolent side. She is also known as The Divine Mother and Divine Protector. Aside from the blood-thirsty parts, we can see all of these traits in ourselves, or at least respect them when they are necessary.

Kali energy is completely destructive, but it’s cleansing in the most complete way. We can use that in our lives if we embrace it. This energy comes to me in times when I can’t let go of things, or I can’t see that I need to start over. This is when Kali comes in and burns it all down to the ground so that I can see that I can start over. I also love that it’s a feminine energy because there is a caring feeling behind it.

Building An Altar To Kali

Start with a statue of her. There are many forms of Kali so choose one that suits you. She is intuitive, but grounded so this is the direction north and elements of the earth. I do include fire elements because fire is transformational like Kali is. Kali is tantric and feminine, so I include objects from my personal life that embody those attributes. Keep in mind that she is cyclical. She corresponds with fertility and death. She can be temperamental, so please spend time with her and listen. She may not be for everyone. 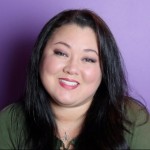 Cherie is a co-founder of Pan Society. She grew up with animism and is an eclectic practitioner. Cherie is a clinical herbalist and loves being able to share nature’s best creations with others. For more info about Cherie check out: