How to Be a Hero (Archetype)

How to Be a Hero (Archetype)

The Hero is probably more important to American culture than any other archetype. Most of our immigrant ancestors came here with a dream of being the hero of their own life. They were escaping poverty, religious persecution, war, and famine. Many of them turned their fortunes around and were better off than before they arrived.

This dream is the motivation to get our inner Hero gear. If there is no princess to marry, dragon to slay, game to win, or foe to conquer, our Hero stays inside with his feet up playing video games. This is actually one of the many modern problems that we face.

The Hero’s first hurdle is actually a phase in the journey to adulthood. It’s the drive to break the Mother’s apron strings and become our own person. Many people are not making this transition. Since life is so comfortable, it’s easier to not do it. There is no big payoff. Why should I risk the big unknown when Mommy will take care of me for as long as I want?

When this happens, we get the Shadow Hero.

The Shadow Hero is very common in modern society. He’s so common that I’d say he masquerades as the real thing very well. How do you tell the difference?

When the Hero energy is in overdrive, it shows up as entitlement, seeking the limelight, and arrogance. His gestures are big and flashy. He can be demanding and demeaning. Think of the spoiled celebrity who talks down to waiters and limo drivers and you get the picture. Another version of this is the overachieving, corporate workaholic super star from the dysfunctional family. He feels that as long as he is successful enough, he can somehow separate himself from his shameful roots. Both of these Shadow Heroes are deeply insecure and need attention or outside validation to feel worthy.

When the Hero energy is weak, it shows up as the Cowardly Lion from the Wizard of Oz. He backs down from conflict and let’s others walk all over him. Maybe he tells stories of what he would do if he just got a break or if other people didn’t get in his way. Or maybe he has lots of grand plans, but he never puts them into action.

Joseph Campbell’s Hero’s Journey starts out with an ordinary person in the ordinary world. Something invites him to break out of complacency (like in the Hobbit when Bilbo says, “I’m going on an adventure!). He may or may not say yes right away. While he has a desire to serve others, he needs to prove something to himself. So, he says yes.

Along the way he has trials that make him face his darkest fears – himself. This transforms him. Just when he thinks it’s over, he realizes that there is an even greater hurdle that blows him wide open. (This is when you are free from the bonds of childhood and step into your own being).

There is no going back to the old way of being, and yet he must go back. And this is part of the journey where western Heroes crash and burn.

See, the Hero has to die to be reborn. He has to lose his Hero persona and return with the knowledge that he’s flawed. Without this vulnerability and humility, he remains a Shadow Hero. Pretending to be fearless, invincible, or elite creates a barrier to connection and real life. It’s lonely.

Thinks about soldiers returning from World War II. They went through hell and were expected to tell glorified stories of battle that showed how brave and strong they were. There was no space for fear, honesty, grief, or falling apart. They had to pretend. So they didn’t make it through the next part of the journey.

Everyone has at least one coming of age moment. Some continue to do battle. In this process, they move on from the need to conquer the world and “graduate” to living in relationship with it and the people he set out to protect. We don’t have a lot of cultural support for this. We forget our fallen sports heroes, gossip about celebrities, and take down statues of our imperfect heroes.

Part of the Hero’s journey is realizing that everyone is flawed. Remember when you found out that your parents weren’t perfect? That’s the discovery that allows you to be real and have real relationships. So, you could say the Hero’s journey is about finding your strength and losing your illusions.

Why We Need Heroes

When our Heroes are sports figures and celebrities, we make the role of mother, fire fighter, soldier, and inventor unimportant. I don’t know about you, but my first hero was my mother. I thought she was the most beautiful person on the planet and my dad was the smartest. I wanted to be like them. Having those role models helped me to grow.

If Martin Luther King, Hercules, William Shakespeare, or Amelia Earhart are not acknowledged for their greatness, do any of us have a chance at it? And if they don’t, why should we break the apron strings or dream of big things? Why bother if we will only be torn down in the end? Without heroes, we tend to stay small, and that benefits no one.

Suggestions for Bringing the Hero Energy Into Your Life

If you don’t know who you are, read (or watch) biographies. Look at the lives of people who have done things you are interested in. Let them guide your journey into self discovery. Once you have your direction, fly!

Look at your own faults. Own them. Accept them. Love yourself anyway.

If one of your Heroes has let you down, forgive him or her. Accept his or her humanity. It doesn’t make their accomplishments any less noteworthy.

Rethink your idea of what it means to be a Hero. The Hero is not the end of the adult’s journey. It’s really the beginning. If you stay there basking in your glory, or searching for the next battle, you’re not living fully. Keep going.

Remember the Hero isn’t perfect. Embrace your vulnerability. It’s a strength that allows you to connect and have meaningful relationships. You can’t connect if your feet aren’t on the ground.

Our ideas of who is a hero can change. Let them evolve.

Remember that the Hero’s success isn’t in overcoming some outer battle. The real battle is the inner one with your own demons. Look within. Find your own greatness.

The Hero’s journey is a personal one. If you do someone else’s work for them, they don’t get the learning or growth. Resist the temptation to rescue or be rescued.

Look for opportunities to be courageous. Act.

Tell your cultural Heroes’ stories. Remember who you came from. 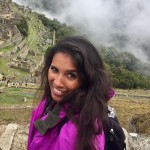