Names are powerful. They create identities, boxes, outline boundaries of who belongs and who doesn’t. When we unname, we erase those lines and set things free. If we are serious about creating a Tribe and getting to a space of Oneness, we have to think about the power of Naming and Unnaming.

Why do Americans classify ourselves by color? No other nation in the world does that. If you’re Dominican, you’re Dominican regardless of whether your skin is light or dark. Same with Egyptian, Cuban, Indian, or Filipino. When we ignore nationality and identity in favor of color, we Unname people.

Unnaming removes us from our power, identity, and belonging. It gives us a color label that acts as a symbol that divides us into two camps: Higher Value and Power and Lower Value and Power.

Why so many distinctions?

Did you know that other countries don’t do this? In fact, many find it strange. Many take the stand point of, “You’re not Irish (for example) if you didn’t live here.” It makes sense. Culturally we’re not Irish. So, why do we cling to those distinctions?

I think it’s a way to rename ourselves. To claim an identity that is not based on color or the mainstream mindset. We want to belong to something, yet don’t see what that something is in the community around us so we look to our roots.

“Only the right name gives beings and things their reality. A wrong name makes everything unreal. That’s what lies do.” ― Michael Ende, The Neverending Story

The Power of Names

In some cultures, true names are kept secret. They hold power, and we don’t want to give others power over us. In some cultures, names change as we evolve and are initiated into new identities. When used in this way, our names give us strength, identity, and belonging.

Names can also control, categorize, elevate, or diminish people. They can put us in boxes and take our power away. If we belonged to a respected clan and are removed, the unnaming weakens us. It leaves us without community, status, protection, and belonging.

Yet, there are times – such as when we divorce – when we unname ourselves by taking back a maiden name. We do this to proclaim our freedom and self-determination. So when used consciously, names are a way of expressing sovereignty and Oneness. It’s a way to tell the world who we are.

I see the hyphenated American trend as an attempt at belonging and creating roots. It’s a reaction to being unnamed and classified by color. We look around and don’t see people like us. Our ancestors were immigrants. We still don’t have a relationship to this land. Our spiritual beliefs may be different. Perhaps we also have different values. So we reach back to when we did feel connected and hyphenate ourselves to show separation.

In America, color means power. If you’re White, you have it. If you’re Black, you don’t. You don’t get to decide who you are. Other people judge based on skin tone. That decision somewhat forces you to live a prescribed culture. If we want to come together, we’ve got to remove the color labels and see ourselves as Americans first like the rest of the world. We can’t have an equality or a cohesive American identity until we do.

Those in power have a history of unnaming. Sometimes it’s out of carelessness and ignorance. Sometimes it’s purposeful. When Christopher Columbus came to the new world, he was aiming for India and called the people in the Americas “Indians.” That name stuck and the identity of the Pima, Iroquois, Shoshone, Taino, and others was obliterated because Columbus had more power.

We can say that we don’t do that anymore, but it’s happening right now with shamanism. So many claim to be shamans, but they have no connection to the true shaman of the Manchu-Tungus speaking people. Using that word to incorrectly or to describe spirit walkers from other traditions unnames all the spirit walkers from the Sami, Peruvian, African, and Asian cultures around the world.

We all have a choice to accept the labels that others try to force upon us or choose our own. We have a choice about what language we use to label others. Do your words name or unname? Do they create connection or divide? 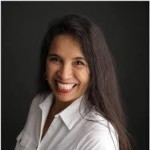 We love questions and comments! Please put them in the comment section and we will respond.

This is just a sampling of what the animist lifestyle is like. Want mentoring for your spiritual path? Check out http://PanSociety.org to get information that is more targeted to what you need.

Get Updates with Our Newsletter